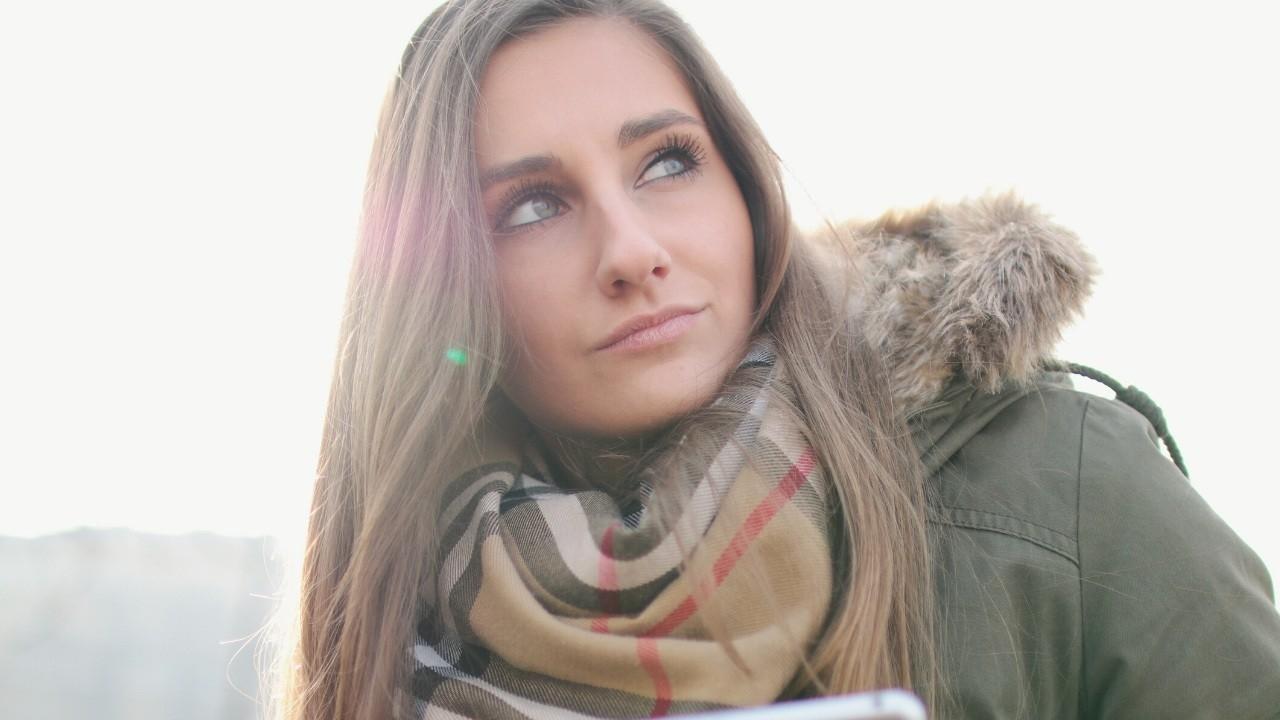 Lots of women have ovarian cysts without even knowing it! In fact, an ultrasound might show that you have lots of 'cysts' and this can be completely normal!

However, if a cyst keeps growing it can become problematic...and painful! But most of them just go away on their own.

Oh, then there's the one's that contain hair and teeth tissue... Really! I was as shocked to learn about this as you are!

Cysts are pretty confusing, especially when we are talking about polycystic ovaries. So let's see if I can help to clarify things for you.

You’ll discover what the difference is between an ovarian cyst, a follicle, polycystic ovaries and PCOS.

Plus we’re going to discuss what’s normal and what isn’t - I think you'll be surprised!

Are they cysts or just follicles?

Ok ready for a little bit of anatomy class?

Your ovaries are full of small fluid-filled sacs called follicles. These form part of the ovary structure.

Inside each follicle is where an egg develops, getting ready for ovulation. But it's not just one follicle that develops each cycle!

In fact, there are always multiple follicles maturing, kind of like a support team for the most dominant follicle.

At ovulation, an egg bursts out of the biggest & most dominant one follicle on one of your ovaries.

The follicle that is left behind on the ovary forms a temporary gland called the corpus luteum and it produces the hormone Progesterone (women's bodies are amazing right?!)

Is a follicle an ovarian cyst?

Well, a cyst is described as a "sac-like pocket of membranous tissue that contains fluid, air, or other substances". And a follicle is a sac filled with fluid...

So if we look at this from a very simple point of view, a follicle is basically a small, naturally occurring cyst or a normal cyst-like structure found on the ovary.

And each month during your menstrual cycle, there are multiple follicles developing, maturing, growing and being reabsorbed into your ovary. The dominant follicle and her "support team".

So, if you took an ultrasound image of your ovary, you'd essentially see a number of follicles all at different stages of their development.

And each month your ovary would look different as the follicles continuously change. 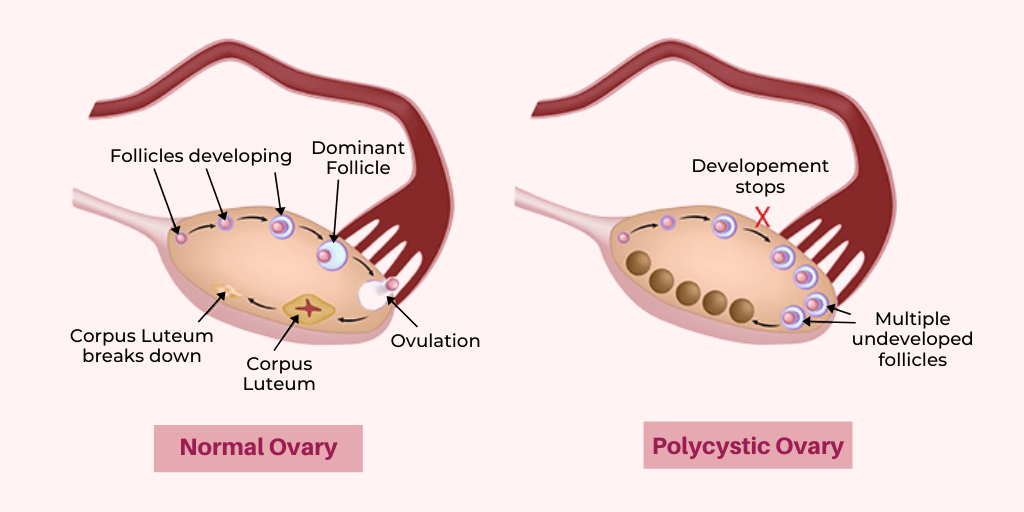 So what's an Ovarian Cyst then?

If you have an ovarian cyst this means that one of the follicles has become abnormally large instead of shrinking and disappearing like it should have. In summary:

You might have a cyst and not even know it!

A lot of women get ovarian cysts that don't cause any symptoms at all. And most of them disappear on their own!

So you don't automatically need to be concerned if a cyst is present on the ovary.

Most cysts are related to the normal functioning of the ovary and the continuous turn over of follicles.

But some types of cysts are not related to the menstrual cycle process and I'll discuss them further down in this post.

These occur due to a small glitch in the normal function of your menstrual cycle.

They are the most common type of cyst and they can form under two different circumstances:

If a functional ovarian cyst remains quite small, it’s likely that you will never have any symptoms and it will eventually be reabsorbed into the ovary and go away itself.

However, if it continues to grow and gets quite big, the cyst can rupture or cause your ovary to twist. Both of these situations will be painful and require medical attention.

Typical symptoms of a functional cyst include:

From a holistic health perspective, the best thing you can do is work on lowering your estrogen levels.

Do this by focusing on your liver and digestive system as they are responsible for processing and excreting the excess estrogen!

There's more about this in my free Liver Support Guide which you can get free access to here:

If you're in a lot of pain from the cyst it might be worth asking your doctor about a progesterone injection to break the estrogen dominance.

Let's take a look at a couple of other types of cyst found on the ovary.

This is an endometriosis lesion found on the ovary and it gets its name from the colour.

This type of cyst will bleed when you have your period because it actually contains the same tissues as your uterus lining, which means it goes through the same monthly cycle.

Chocolate cysts can be very painful and occur as the result of endometriosis. You can read more about endometriosis here.

These are rare, cystic growths which often contain structures such as hair, skin and teeth.

They form from the same cells that produce female eggs and can be found anywhere in the body, but most common on the ovaries.

Dermoid cysts are usually slow growing and can become painful once large. They will also be very painful if they burst or cause your ovary to twist.

Although they don't typically interfere with fertility, they are usually removed through surgery to prevent their growth.

In case you didn't know:

Poly = many. Polycystic ovaries = many cysts on the ovaries.

Many women don't realise (by no fault of their own, but because we aren't taught enough about our bodies!) that having multiple follicles on the ovary is very normal.

As an adult, you may have up to 12 follicles developing at the same time. And if you’re a teenager, there could be up to 25 follicles per ovary and this is still considered normal.

So the term "polycystic ovaries" is really just stating that a woman has multiple follicles, something that occurs as a normal part of her cycle!

Gynaecologist Dr Alex Polyavok explains that the term Polycystic Ovaries (PCO) "refers to an ultrasound scan image of the ovaries that appear to be polycystic" and that this "is a variant of normal ovaries".

Megan, a Sonographer who specialises in Women's Health explains that the ‘cysts’ used to describe polycystic ovaries are not technically ‘cysts’. A cyst must be 3cm or bigger to be diagnosed, otherwise, it's still considered a follicle.

No. Dr Omar Gailani, a gynaecological surgeon says "PCO does not cause pain in the pelvic area" and goes on to explain that "Surgical treatment is only required if cysts persist".

So if a cyst keeps growing and doesn't disappear as it should, then it's likely to turn into a functional cyst, rather than polycystic ovaries.

What about Polycystic Ovarian Syndrome aka PCOS?

Yep yep! Let's talk this one through.

Ok so, polycystic ovaries are a symptom of this syndrome.

They shouldn't be the only thing used to diagnose it - because as you've just read, polycystic ovaries are common and often normal.

It's more accurate to look at PCOS as androgen excess which interferes with or stops ovulation from occurring.

In women with PCOS, there isn't a dominant follicle so all of the other follicles will continue to grow, but only a little bit...

The cysts experienced with PCOS are abnormally small follicles rather than abnormally large.

However, the new International PCOS guidelines states that "The term “cystic” is a misnomer referring to arrested follicles (not cysts)"

Meaning - they are developing follicles, not ovarian cysts.

The guidelines also clearly states that ultrasound should not be used for the diagnosis of PCOS in women who have had their periods for less than 8 years. Because it's normal for them to have up to 25 follicles!

If you have time to read the guidelines (it's a big document!) you'll see that it also explains that if a woman has irregular menstrual cycles and hyperandrogenism, an ovarian ultrasound is not necessary for PCOS diagnosis.

I hope this all helps explain how polycystic ovaries and PCOS are two different things.

I realise this is a confusing topic and I've worked with a lot of clients who were misdiagnosed or given a diagnosis they didn't understand. If you'd like to work with me one-on-one, click here to learn more.

Ready to take control of your health and support your body to truly heal? 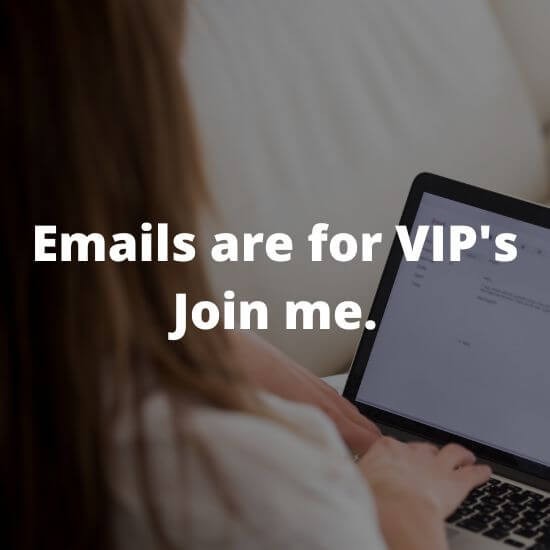 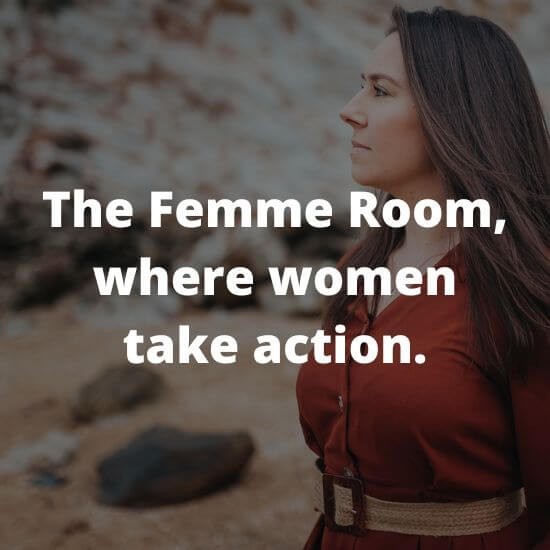 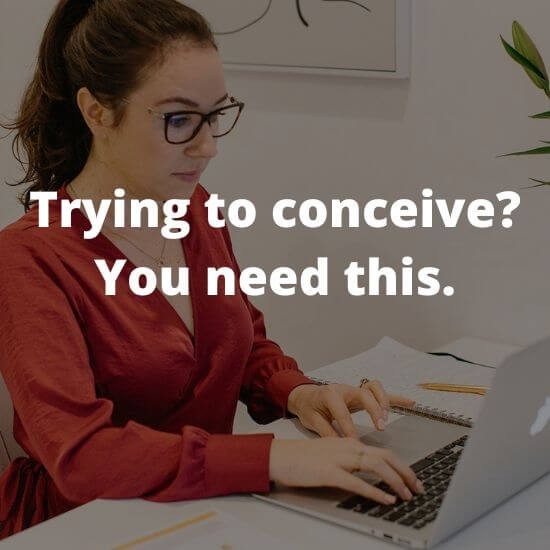 Fill in your details below then check your email to confirm...be sure to check your junk folder too!

By submitting, you agree to being contacted via email